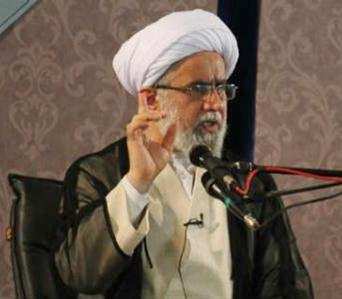 The appearance of Takfiri groups as a kind of an organized religious intrigue with the conspiracy of outsiders and tyrants is to intensify disagreement among Muslims and to create fear and conflict toward the Islam.

”Thus, have we made of you an Ummat justly balanced, that ye might be witnesses over the nations, and the Messenger a witness over yourselves’’. Baqarah / 143

As Quran states, sobhan (immaculate) God has determined the nation of the Islam in a balance point. In other words, the Islam disapproves that Muslims go extremes and dissipate. This is recommended by Quran for its disciples. Overindulgence has a long background and it is as long as the history of the life of human. Tendency toward overindulgence has its own feature in each place. It has tribal feature in tribal culture, national feature in national culture and religious feature in religious culture. However, overindulgence equals none of them and sometimes, it has a conspicuous conflict with all of them. It can be claimed about the religion clearly that there is not a logical and religious relationship between overindulgence and each religion such as Islam. Overindulgence and ignorance corresponded each other during the history. But the purpose of the great prophets was to invite human toward understanding, thinking and wisdom. Hence, overindulgence and the false interpretation of the religion are distinction from religious and divine trains. This tendency resulting from ignorance does not only include last centuries, but these cases resulting from ignorance or religious overindulgence are also observed and understood well in each point of the world in spite of the fact that it is the era of science and technology and the science and the understanding of human is higher than past time. Hence, it can be claimed that the ignorant followers of religions and overindulgent and irrational movements and thoughts imposed the most damages and losses during the history. In other words, the matter of overindulgence and the negligence of thinking and wisdom by persons that pretended to be religious were the problem of all of the religions of God.

Quran from sobhan (immaculate) God recommended the followers of the holy book to avoid overindulgence fourteen centuries ago;

”Say: “O people of the Book! exceed not in your religion the bounds (of what is proper), trespassing beyond the truth, nor follow the vain desires of people who went wrong in times gone by,- who misled many, and strayed (themselves) from the even way”.( Maaida / 77)

In fact, the religion is for the guidance of human and his life and to show path and destination. But in the current world, it is observed that some persons consider themselves religious, but their behavior is in contrast with religious trains completely. According to the interpretation of Quran, these are parsons that have gone astray themselves and neglected the right path and they want to misguide others as well.

Unfortunately, nowadays some persons as organized groups such as DAESH (ISIL) with the name of religion and Islam are trying to change real religion creating religious intrigue and to show the religion that is based on the absolute mercy of exalted God descended over the prophet that is the mercy of the world as a scary and disgusting picture. There is no question that the vulgar actions of this group that are in contrast with the rule of God and human are haram (prohibited) according to wisdom and the religious rule of the Islam. Hence, the vulgar crimes  in Iraq, Syria, Afghanistan and other points of the world that are committed by ignorant and suspicious factors named ” Islam” are convicted in the opinion of each fair person and cannot be defended by any reasons. Hence, it seems that the appearance of excommunicating events is considered as a kind of organized religious intrigue with the conspiracy of outsiders and tyrants in order to intensify disagreement among Muslims and to create fear and war toward the Islam.

Of course, it is completely clear and obvious that according to religious and Islamic trains, no one is allowed to make someone leave his or her house and on the behalf of beliefs and the religion, no one is allowed to summon and punish another person. Hence, actions that are done by extremist and excommunicating groups on the disciples of Izadi, Kurds, Christian and the Muslims of Iraq are in contrast with the simplest trains of the Islam and the factors of these crimes are deserved to be punished and tortured.

As it can be understood from the Quran, Sunnah and wisdom, Islam has convicted terrorism in any kinds and has disapproved any actions that cause the fear and killing innocent persons and does not allow any kinds of intimidation and the instrumental use of the religion. Of course, the intensity of religious biases and sectarian struggles are another kind of terrorism that results from ignorance and lack of awareness of religious foundations. Unfortunately, some events in Europe such as invading different mosques in Belgium and Swede or demonstrations against the Islam are due to ignorance, deviation and antagonism and they decrease the safety of the societies of human.

Thank God that the ominous event of the excommunication of Muslims has been convicted seriously in the holy city of Qom in Iran and in the city ” Al-Azhar” in Egypt. Moreover, a great and important congress was formed in the holy city of Qom with the guidance and management of two Shi superb sources of authorities in order to know the nature of these groups and it has left important results. It is hoped that the great scientists of the Islam introduce this dangerous event from the aspects of the foundation of thought, belief and jurisprudence to the people of the world more deeply and exactly with their consistent effort so that cruelty and terrorism cannot be attributed to the Islam.

as the head of European Union of scientists and Shia theologians