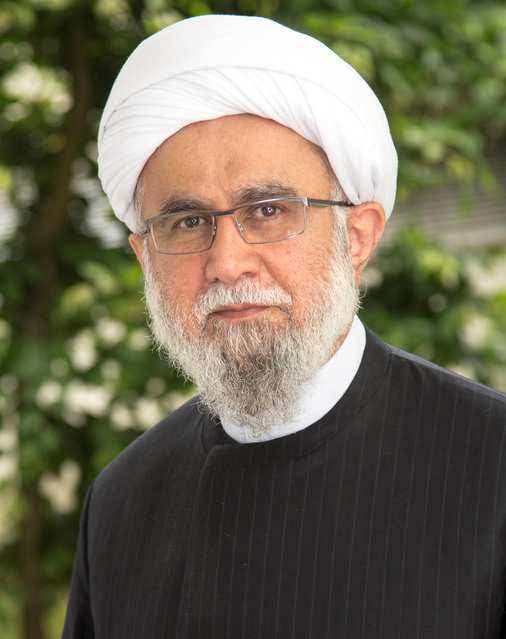 The Imam of the mosque and the manager of the Islamic centre of Hamburg Hazrat Ayatollah Dr. Ramezani

One of important matters that should be discussed in jurisprudence science in a specialized and detailed way is advisability in the rules and regulations of God and the rules of God are according to their advantages and disadvantages for the obliged. This means that exalted God has determined some rules without specific causes and logical reasons. In fact, this is in contrast with the infinite wisdom and science of God. Hence, all of scientists and experts in all of the Islamic religions emphasize on advisability in an independent way with all means.

Hence, exalted God has determined the religious rules based on the benefits and disadvantages of persons and has considered them as regulations. Although there are disagreements in relation to the source of advisability of the religious rules from logical aspects or religious ones, all of scientists have accepted it. Of course, it is absolutely clear that since God has created all of means for the growth of human, has send the prophets to guide human, has descended heavenly books and has had affection and kindness toward his creators, he has considered and presented their benefits so that he can help human to achieve the main purpose of their creation showing the right way of living and human can achieve desired perfection using their talents and abilities.

There is no question that whatever is determined in the Islam is from sagacious God for a logical and specific purpose and whatever is arranged and compiled is according to advisability because whatever involves disadvantages is not asked human by God because it is against the wisdom and the purpose of creation.

Paying attention to this point is important and necessary that exalted God allows mind as an interpretation source to recognize the advantages and the disadvantages of actions and rules and understands whether actions are good or vulgar and the religion issues a rule in relation to giving up an action and doing an action as well. Of course, exalted God determines whether a rule is wajib or haram and issues a rule in line with the ability of mind for recognizing it.

It has been said that Quran and Hadith should discover the order of sagacious master. Of course, because this is a specialized matter, it should be explained in detail in an appropriate time, but it should be referred that paying attention to this point helps to solve most of jurisprudence problems. This important conclusion can be gained that prohibitions and obligations in the Islam are based on advisability and wisdom. Hence, since a rule is beyond the mind of human, it should not be hesitated and denied. Of course, we should look for reasons for matters that are deduced from Quran and Hadiths so that there are reasons for each rule. However, a person that has no familiarity with sources of deducing religious rules cannot express any ideas about them and if an expert has a scientific hypothesis, he should debate and discuss with specialists so that he gets familiar with the faults of the scientific doubts and surveys and studies it in a specialized way.

However, exalted God has not created human for nothing but according to a purpose and wisdom and has granted human whatever they need and has presented them the ways of fostering talents with hidden reasons (wisdom) and external reasons (the prophet and Imams (peace be upon them) along with the source of divine messages (Quran) so that persons can pass the path of perfection decently. Hence, to achieve destination, prohibitions and obligations that are same Sharia and the path and the rules of God should be determined so that persons do not go awry and do not be deprived of perfection being ignorant toward the path and the destination.

Whatever has been referred as the advisability of the rules of God can be useful in order to clarify the rules and the regulations of God because God does not consider things that are not in the favor of persons as obligations and recommends them to do good actions and prevents them from doing bad actions. Hence, some persons hesitate about the basis of the religion and some religious rules because of not paying attention to this regulation whereas the Sharia of the Islam is the same complete rules for the happiness of human in all aspects of the life. If persons pay attention to its social and personal aspects and implement them in the life practically, they will benefit from peace and safety and it will promote belief in God, piety, values, wisdom and spirituality for the society of human.

The religion of Islam is an easy Sharia and do not have any disadvantages and harms for human. Moreover, it has no difficulty for persons and follows the benefits of the world and afterlife for them and pure intentions can strengthen the religion and it will be accepted with the norm of belief in God as Quran states